Yano Research Institute has conducted a study on the domestic small and medium hydropower generation market with the following conditions:

What is Small and Medium Hydropower Generation?

After being eligible of FIT which has encouraged small and medium hydroelectric power to be newly explored and redeveloped, FIT-applied small and medium hydropower generated, among all of such hydropower, to grow to 133.3% of that of the previous year to attain 2 billion kWh, and FIT purchase amount has increased to 52.3 billion yen, 133.8% of that of the previous fiscal year.  FIT-applied hydropower generated and FIT purchase amount are projected to achieve 4 billion kWh and 100 billion yen respectively by FY2020, and 11.9 billion kWh and 230 billion yen respectively by FY2030.  The majority of such domestic increment of hydropower generated is expected to stem from small-and-medium size hydropower plants, which is sure to be boosted further by FIT for the future. 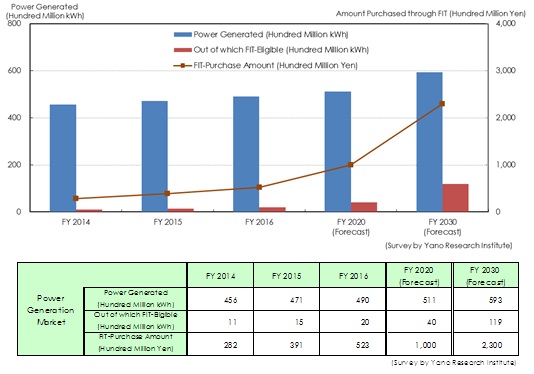 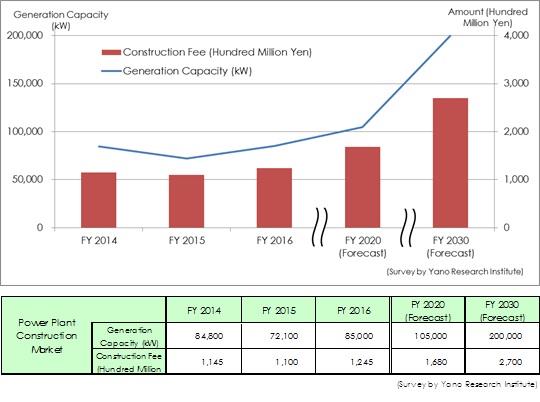