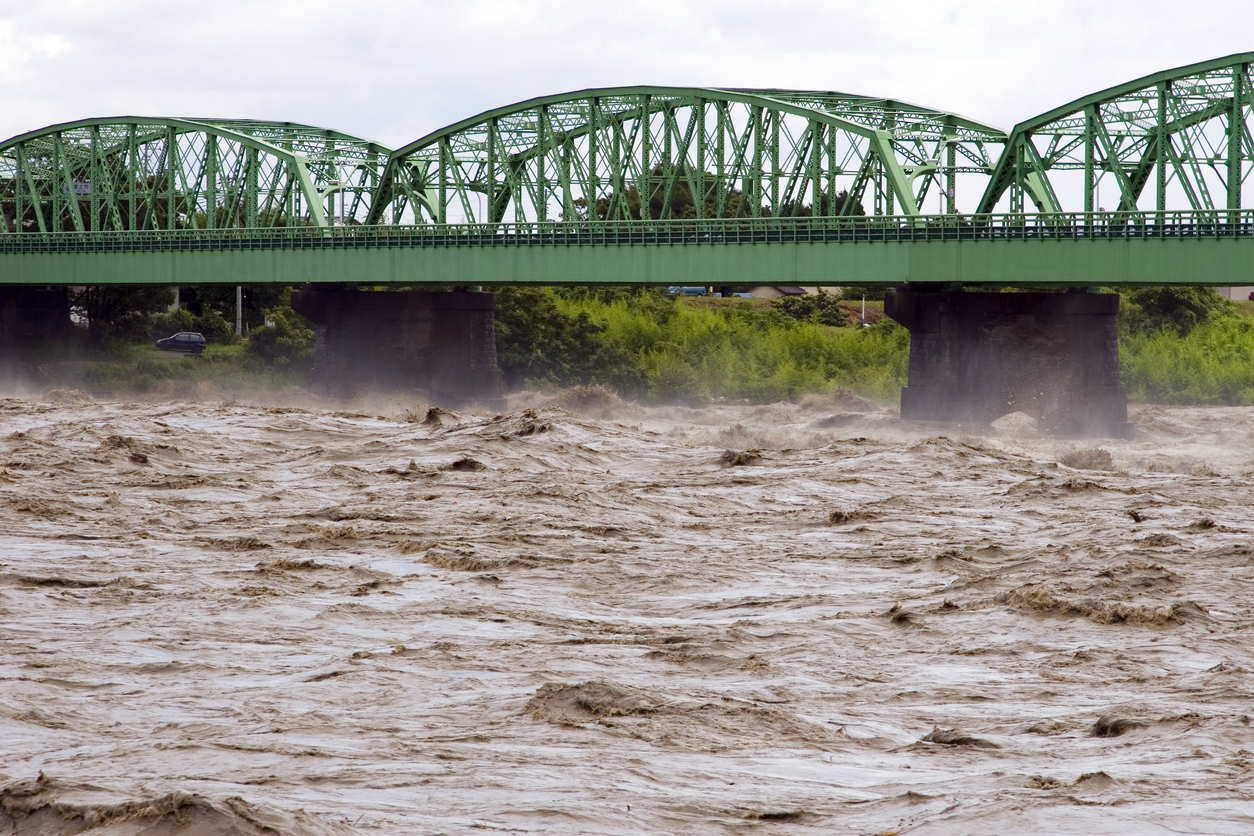 In July, the Japanese Islands suffered a sequential disaster of record heavy rainfalls that hit Kyushu and Chubu regions at the beginning and Tohoku region at the end of the month. In particular, the “unprecedentedly furious rainstorm” that attacked southern Kyushu on July 3 and 4 caused extensive and enormous damages to the Kuma River basin and many other surrounding areas. The “special alert scale for heavy rain,” which is described as “once in several decades” or “once in 50 years,” was introduced in August 2013, and was issued 16 times in 33 prefectures for the past 7 years. As it stands now, a catchy phrase such as "once in several decades" is losing its warning effect.  We are also getting familiar with the technical term "line-shaped rainbands that occur one after another."

Global warming is definitely in progress. Japan stayed in a hot weather trend all over the country since the end of last year until February this year. The +1.66 degrees Celsius higher than the average temperature during the wintertime period was the highest since records began. And still more, the weather was hot in June. Fifty of the 153 local meteorological observatories and weather stations nationwide set record highs or tied the records. The temperature of Sakha Republic in Siberia also hit a record high of 38 degrees Celsius, which is 18 degrees above normal and the highest temperature ever recorded in the Arctic Circle. The regions from Western Europe to Northwestern Africa, and North, Central and South Americas overall encountered high temperatures. Along the course of the Yangtze River in China, heavy rainfalls were recorded six times in July alone, and floods occurred repeatedly in the upper areas. Likewise, heavy rain continues in the central region of the Korean Peninsula since the beginning of August.

Even robust dams and levees cannot withstand the unexpected water levels and flow volume that exceed design standards. How far should we prepare for such natural disasters that frequently hit with the level beyond empirical values? To what extent should we invest money for safety? If it is difficult to achieve perfect disaster prevention, it will be effective to change the way of thinking. In addition to the conventional type of disaster prevention with force against force, it will be necessary to reassess risks from the perspective of how to deal with damages. In short, that is a disaster mitigation. A cue for the disaster mitigation is found in the “Shingen Levee,” named after a historical heroic warrior from Koshu (old name of Yamanashi prefecture) Takeda family. It is not a continuous embankment constructed parallel to a river, but a series of discontinuous dikes called Kasumi-Tei installed with openings that direct water outward and upstream.  When the river water exceeds a flood level, the overflowing water is evacuated from the openings and later when the flood is calmed down, the water is discharged back into the mainstream. Furthermore, a number of structures called “Seigyu” (Grand Ox) are settled in the river stream to reduce the momentum of floodwaters. It also functions to fall apart by itself during an abnormal swell of water. The break-up design is aimed at alleviating the stress of the levees. “No forceful resistance” is the essence of Singen Levee

An approach to utilize the grain of nature for water retention and storage such as green areas, farmlands, and reservoirs to mitigate damages is called “Green Infrastructure.” If there is no way to block thoroughly the threat of nature, we do not have much option but to search for “symbiosis” with the threat in the entire region. In association with the flooding of the Kuma River in July, Hitoyoshi city in Kumamoto got damaged heavily. I once had an opportunity to take part in the industrial policymaking of the city, and I sent my hearty sympathy to an acquainted city officer. According to him, the Hitoyoshi central industrial site, which was originally developed with the aim of future vitalization of the area "has become a temporary storage for disaster wastes and refuses. It will take 3 to 5 years for recovery." Upon hearing that, I was lost for words. I do hope the city will recover from the disaster in a short period of time, and regain a rich and safe environment blessed with the Kuma River.