Yano Research Institute has conducted a study on the domestic vending machine market with the following conditions:

The accumulated number of vending machines introduced as of end of December 2016 was 98.8% of that of the previous year to end up with 4,941,400 machines, failing to reach 5 million*.

With regard to vending machines for beverages, which occupy about 50% of all the vending machines, the accumulated number of those for soft drinks (in cans/PET bottles), milk (in paper packs), coffees/cocoas (in paper cups), and alcoholic drinks/beers has all respectively declined*.

* Quoted from the data by Japan Vending System Manufacturers Association. 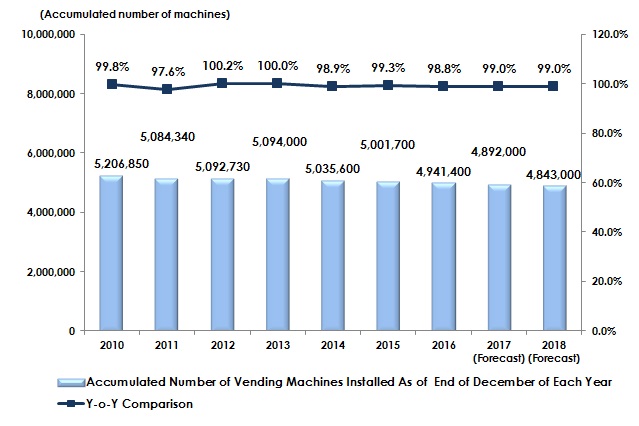